On the album In The Midst Of It All:

They use the trio as the collective, as the collective expression. It's the sound of them together. In some places it may be reminiscent of Jakob Bro - and yet not so. They may have the same starting point as Bro. They choose another path with more fullness and time.” Read the full quote

An instrumental jazz composition with fine arrangements that skillfully gravitate around the fine notes of electric guitars. The muffled atmosphere of this bewitching piece overflows with musical sensitivity. Emotions are on the menu on this track which testifies to the virtuosity of the visibly experienced musicians, without ever doing too much to show it” Read the full quote

On the album Udkig:

"Nordic jazz in the free flowing style. Some places it can reminisce of Jakob Bro. There is a philosophizing calm and openness in the music. Other places there’s also a raw temper that unfolds, for example, in the nearly 7 minute long piece Wilderness that is built from the ground up exploding towards the end in a fantastic interplay between the musicians. Peter Price's stubborn bass and Simon Forchhammer's wild drums are a good match for Kristoffer Vejslev's constantly evolving guitar playing" Read the full review

“We can’t contain our excitement after a smashing concert last friday. It was a magical evening with Red Gazelle Trio who delivered an incredible performance” Read the full quote

The trio with guitar, bass and drums takes the audience on a journey through atmospheric Nordic jazz. They create melancholy soundscapes with psychedelic pedal effects, whispering streams and a gently resounding bass or lyrical lines under a laid-back pulse. The musicians also show a temperament with themes bursting with raw energy, broken grooves and edgy solos.

Common to all the songs is that they have a clear captivating melody from which the music takes its origin. Kristoffer Vejslev describes the process as follows: “We start with a melodic idea, which we build on together. With this, the group's character flows through all the compositions, regardless of who comes up with the starting point ”.

The Red Gazelle Trio has been around since the three musicians took some of their early steps into the jazz universe and it has brought about a telepathic interplay between them. 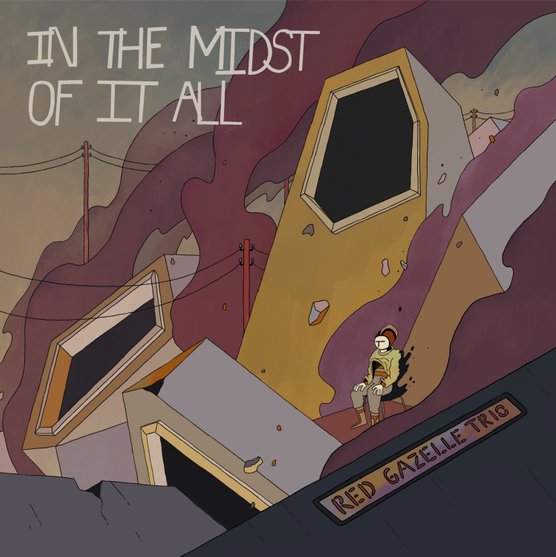